Home
Appliances
Our Pick for the 9 Best Inverter Generators

It can’t be denied that budget is a big factor when picking out a powerful inverter generator. That said, inverter generators have become more affordable over the years due to mass production and advancements in inverter technology, making them something that doesn’t have to break the bank.

There is not one choice for an inverter generator – not only do they come at different price points but also different features, engine sizes, and most importantly, running time. We’re going to take a look at our pick for the 9 best inverter generators on the market so you can have the best choice delivered right to your door.

Starting us off is the Westinghouse WH2200iXLT. This is a seriously affordable generator that packs a lot of power into a small package. At only 43 pounds, it features a 79cc engine and a peak of 2200 watts and 1800 watts of running load. So, whether you intend to use this generator for a power outage, a camping trip, or both, it can handle a variety of electronic and household appliances. The Westinghouse WH2200iXLT has a 1.3-gallon fuel tank and can run for 13 hours at a 25% load.

The WEN 56125 is an affordable generator that fills a high-power demand at a low cost. This generator features a 60cc OHV engine capable of generating up to 1250 surge watts and 1000 running watts of power. The WEN 56125 is ideal when you need a minimal supply of electricity, such as a sudden power outage or an overnight camping trip. This is because the fuel tank is only 0.7 gallons so the total run time at a 50% load is five hours – not very long, but definitely admirable when compared to similar models at a similar price point

This little generator by Pulsar is highly portable at only 47 pounds. This is a great option if you’re looking for a powerful engine that still manages to be fairly silent, producing just 59 dBA of noise. The Pulsar PG2000isN produces 2000 peak watts and 1600 running watts and holds 1.18 gallons of fuel. As a result, this inverter generator runs for eight hours continuously on a 50% load. This model contains a handy suitcase-like design, adding to its portability factor. Plus, it’s exceptionally affordable, making this an all-around great generator to invest in.

The Champion 73536 is also known as the Champion 2000-Watt Stackable Portable Inverter Generator. So, what does stackable mean when it comes to a generator? It means that Champion patented this space-saving design to be parallel ready. It can also connect with another 2000-watt inverter to double your output power. Pretty convenient! Being only 48.5 pounds certainly adds to its portability and makes it ideal for outdoor gatherings. This generator is efficient for its size and can run continuously for 9.5 hours at a 25% load.

The Yamaha EF2000iSv2 has a cool, retro look to it, almost making it look like a portable radio rather than a portable generator. This model contains a 79cc OHV, air-cooled, single-cylinder, four-stroke engine and a running wattage of 1600W. It has a fuel tank of 1.1 gallons and can run for a continuous 10 hours at 25%. The Smart Throttle feature helps control the engine speed, gas use, and noise level, which runs between 51.5 to 61 dBA at a 25% load.

This inverter generator by Honda may just be the star of this list. The superior quality that Honda is known for is not lost on the EU2200i.  This model has a seriously low noise level of only 49 to 58 dBA when at full power – and who doesn’t love that? This is due to its Eco Throttle feature which is a technology specifically designed to reduce noise. This model runs for 20 hours on 3.4 gallons of fuel and can easily operate a wide variety of household appliances.

If you’re looking for an affordable generator that is powerful and efficient then the Briggs & Stratton 30651 may be for you. This model features a 111cc Briggs & Stratton OHV engine with a starting wattage of 2200 and 1700 running watts, a power capacity that can handle the majority of household appliances as well as camping equipment, TVs, and laptop computers. The Briggs & Stratton 30651 runs up to eight hours at a 25% load. Compared to some of these other models, the only downside of this model is the noise. At a 1/4 load, it creates 59 decibels, which is still relatively low.

The best way to describe this generator? We’d say it’s pretty well near perfect. The Champion 100263 holds 0.6 quarts of oil and runs on either gas or propane. It contains a 192 cc four-stroke, single-cylinder engine and produces 3400 starting watts and 3100 running watts. The Champion 100263 has a running time of up to 7.5 hours on gas and 14.5 hours on propane at 25%. On top of it all, this model also operates quietly at 59 dBA. While the weight isn’t the ideal for a portable generator, it has wheels on the bottom to get it moving.

Last but not least, the largest generator on our list: the Westinghouse iGen 4200. This model contains a 212 CC Westinghouse 4-Stroke OHV Engine which manages to run quietly at 62 dBA. This generator includes a large gas tank of 2.6 gallons allowing for a run time of up to 18 hours. The Westinghouse iGen 4200 literally functions right out of the box so there’s minimal assembly required. One of the only downsides is that it does not have wheels but it’s pretty heavy at 82 pounds.

Which Inverter Generator Should I Go With?

All of the nine inverter generators that we have listed here offer efficiency, quality, and excellent performance but no one model is a good fit for everyone. The model that you choose comes down to your needs, the features that you like, and most importantly, your budget. We recommend that you first determine what you need it for and go from there. 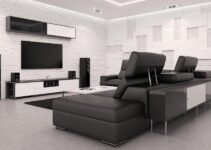 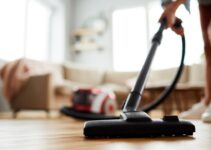 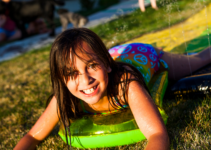