Over the years, consumers and households have grown more particular about the quality of their meals.. Concern over herbicides, pesticides and farming practices lead them to only select retailers.

Yet the choosiness does not end with the food origins and transportation. In fact, preparation is also undergoing an evolution in the home.

What were previously only methods used in high end restaurants are becoming commonplace in the residential kitchen, particularly since COVID-19 forced more people to eat in for 18 months.

Among these techniques is sous vide cooking. Those who enjoy a good steak will appreciate sous vide with the right cut.

What Is the Sous Vide Manner of Food Prep?

From the French, sous vide literally means “under vacuum,” i.e. vacuum sealed. For food prep purposes, this boils (pardon the pun!) down to containing the food in a vacuum sealed plastic bag and then immersing it in temperature-controlled water for an extended period of time.

Eggs and dense vegetables — like carrots — are popular subjects for sous vide cooking.

Most protein foods like beef, pork, lamb and poultry also lend themselves well to this manner of preparation. On the other hand, culinary experts advise against applying this method to fish or organ meats like liver.

The advantages to this technique are manifold. For one thing, the risk of over-cooking or drying out the meat is lessened by far since the temperature is precisely controlled. Secondly, it is cost-efficient since it can transform cheaper cuts into delectable entrees.

Some enthusiasts believe it is safer than pan-frying, oven roasting or grilling over an open flame since temperature is so tightly regulated.

There are health benefits, too: cooking sous vide demands less oil, fat and salt than do other methods. In addition, it can conform to virtually any particular diet like ketogenic or gluten-free.

There are other benefits as well. You do not need exhaustive kitchen facilities to prep this way if you have a precision cooker.

Plus, sous vide food does not require constant attention while cooking, a plus in terms of time usage and food safety. Furthermore, this is a convenient manner for making meals ahead of time.

Best of all, this allows hosts to cook their cuts at temperatures and with seasonings to suit various guests and family members.

All of these positives beg the question of why more people do not engage in this kind of preparation. Often, it comes down to having bad information.

Some believe sous vide is simply sticking meat in a plastic bag and throwing it in a pot of boiling water.

On the other end of the spectrum are those who are convinced that this way of cooking calls for a shelf of expensive tools and instruments in order to achieve perfect results. Both views are mistaken.

An expensive vacuum sealer is not necessary because an elementary water displacement procedure is sufficient to expel air from the bag.

Placing an open ziplock bag in the water bath, leaving the open end above the surface, drives air from the bag.

Beyond that, even more sophisticated sous vide appliances are growing more reasonable in price. Nevertheless, such equipment is not absolutely necessary.

Another false view is that cooking in plastic bags makes food toxic. Sous vide bags — all quality plastic bags actually — are made from materials that have proved safe after exhaustive testing.

While there are some plastics where the molecules may attach to the food under heat, these are mostly sold as large rolls of plastic wrap, suitable for storage but little else.

In addition, sous vide cooking is not like microwaving at very high heat.

True, you can technically cook meat sous vide with a stove burner and a plastic bag…along with water, of course. Yet the appeal of cooking a steak sous vide is the rigorous control the cook has over temperature and timing.

This is the draw of the precicion cooker, sometimes called an immersion cooker.

Rather than depending on the approximate heat setting of a stove top, sous vide chefs rely on this immersion circulator (yes, another name for it).

Placing it in a pot of water, this instrument draws in some H2O; heats it to the exact temperature desired; and releases the heated water back into the pot.

This process is continuous until the contents are of a uniform temperature. The temperature and timing of the cooking depend on how many inches thick the steak is and the desired tenderness of the finished product.

It also depends on the cut of steak you select. Certain cuts accommodate sous vide cooking better than others. By the way, a vacuum sealer is not a bad investment if you want the assurance that all air is removed. 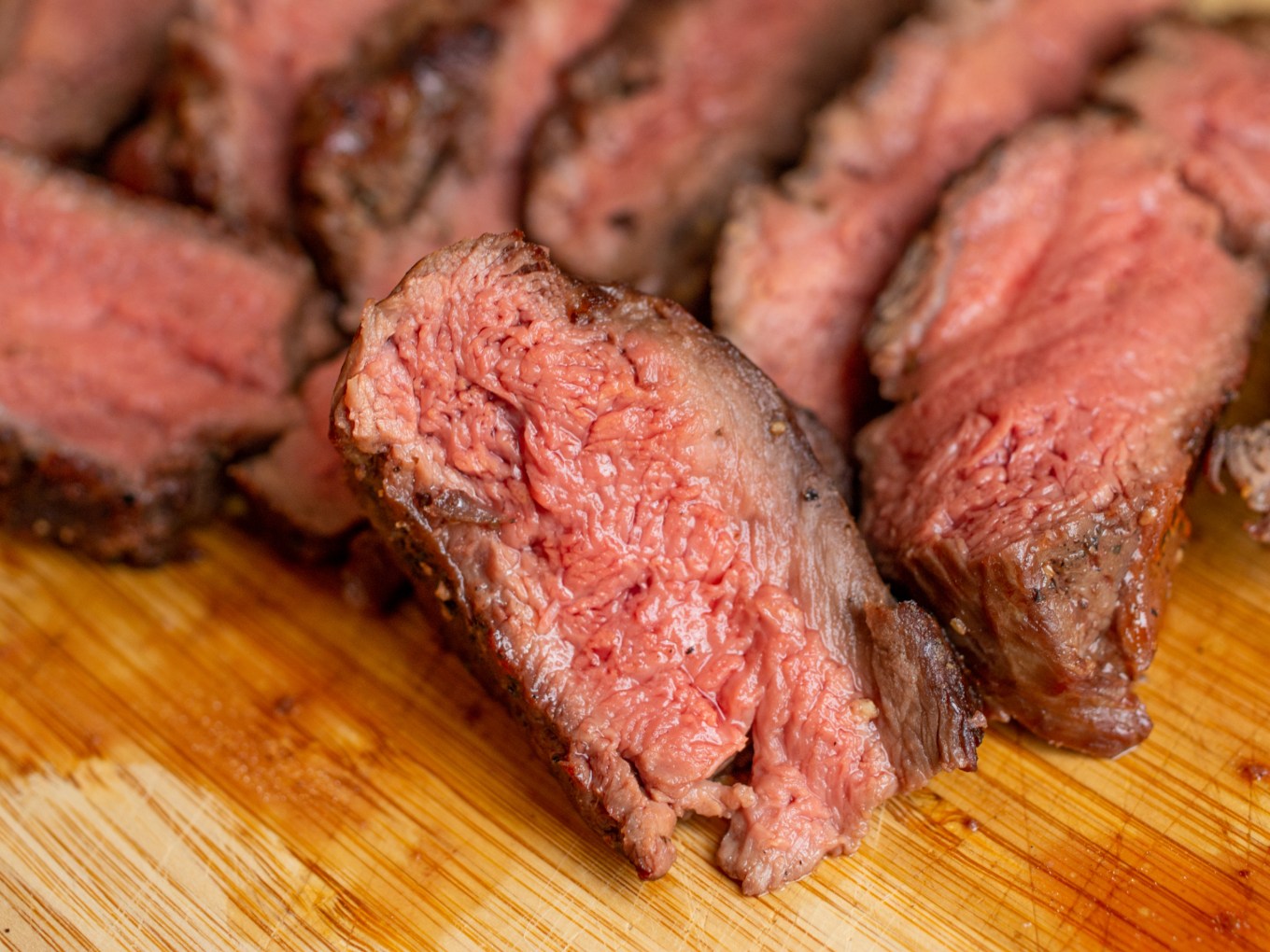 The beauty of vacuum sealing cooking is that it can take less popular cuts of meat and make a delicious meal of them. This is not to say you must choose cheap cuts.

The following marbled cuts are particularly agreeable to sous vide. 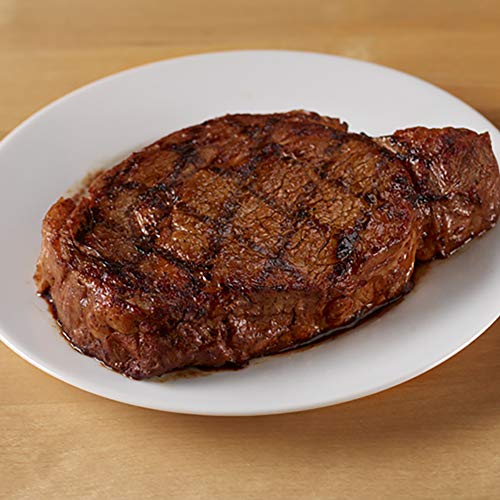 The ribeye steak consists of three components: the longissimus dorsi (the Eye), the spinalis (the Cap) and the complexus. The Eye of Ribeye is considered the section with the most meat but the Cap usually has the most marbling.

Meanwhile, the complexus is muscle meat that is inversely proportional to the size of the Eye.

On the one hand, many recipes celebrate quick and dry cooking methods that sear the steaks to perfection.

Yet a well-seasoned, vacuum-packed ribeye submerged in its water bath for an hour — between 125 and 155 degrees, from rare to well-done — is a diffucult temptation to refuse when you remove the steak. 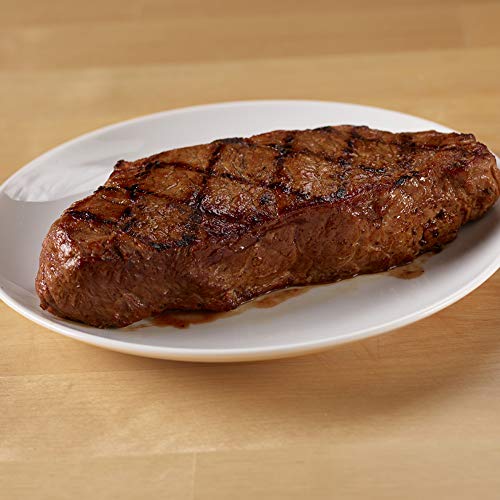 Like ribeye, strip contains the longissimus dorsi muscle, a very tender and flavorful piece of flesh. While strip lacks much connective tissue, it is one of the marbled cuts amenable to sous vide cooking.

Because this tenderloin steaks cut is less dense, some have found that putting a plate on top of it keeps the bag from floating to the top of the pot.

You do not need high heat; 130 degrees is recommended for sous vide steaks that are cooked to medium. 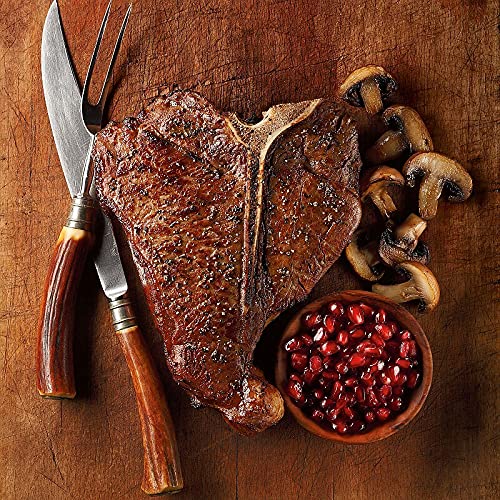 A famously hearty cut for big appetites, the porterhouse comes from the loin primal section of the cow. This cut is considered a hybrid of tenderloin and strip.

Often cut to optimal 1.5 inches thick, porterhouse cuts can come out just fine under the supervision of experienced grillmasters and pan-fryers.

Nevertheless, sous vide prep avoids all risk of the meat drying out.

As with other sous vide steaks, the porterhouses are usually done at 125 to 130 degrees for rare to medium-rare, after which you can cool the bag in an ice bath, remove the steak, and then briefly sear the steaks in a skillet.

At the smallest end of the tenderloin is found filet mignon. This section of the cow muscle is rarely used or stressed so the consistency of tenderloin steaks is invariably tender.

Aging the beef increases tenderness. Of the four cuts noted here, filet mignon likely has the least amount of fat in it and is not highly marbled.

Accordingly, few eat this elegant cut at any degree of doneness other than rare or medium-rare. The precision cooker is therefore set between 122 and 128 degrees; cooking time lasts about 90 minutes.

Each of these cuts can be enhanced with any combination of seasoning. Placing the meat on a paper towel before bagging and sealing it allows the chef to apply whatever condiments appeal to the imagination.

In the same way, a quick sear in a skillet after steak cooking sous vide adds to texture and appearance.

Cooking a steak that you, your family or guests remember requires attention to detail: how quick the quick sear for example. Have everything planned as that raw beef sits on its paper towel.

The pot and skillet sizes, the volume of water and degree of heat should not be trifled with if culinary skill and food safety are to be respected. Sous vide is a precision art so bring your best game to the kitchen. 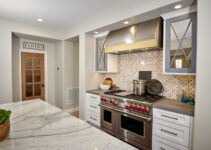 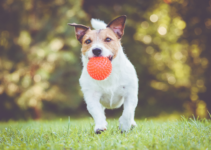