Making bread from scratch requires skill, and there’s no denying that bread makers make it way easier. Buying artisan bread from a bakery is always an option, but using a bread maker is much cheaper.

“Good” is, of course, subjective, so whether or not you’ll enjoy bread from a bread machine really depends on your criteria. Read on to see if one of these machines that first became popular in the 1990s is right for you.

Unlike regular homemade bread, which is usually either shaped by hand into a round boule or baked in a loaf pan, bread machine bread can generally only be made in one shape.

The bread machine pan in most bread makers produces a rather squat square (or in some cases, round) loaf that some may find unappealing.

The kneading blade on a bread machine can also leave a strange indention in the bottom of your bread.

There is a way around all this, however: If you want to bake your bread in a loaf pan, you can use the dough cycle only to make the dough. Then simply transfer it to a loaf pan for the second rise, and bake in your oven.

Bread machine bread can be dense

Many bread machine owners complain that the bread it produces is quite dense. If you’re hoping for the kind of crusty bread with big air bubbles that you get at your local artisan bakery, you’ll be disappointed.

A bread machine simply doesn’t make that type of bread.

However, you can combat the issue of dense bread by following some simple tips, like making sure you don’t mix the yeast and salt together. This will ensure a thorough rise and a lighter loaf.

Many bread machine users complain that their bread has a tough, hard crust. Since a bread machine has pre-determined baking cycles, you can’t simply remove the bread when you think it looks done.

The bread is also much closer to the heating element than it is in a regular oven.

However, you can mitigate this problem by using bread recipes that include milk and/or butter, which both act as softeners and should result in a softer crust.

Is a bread machine right for you?

As you’ve learned, the answer to the question “Do bread makers make good bread?” really depends on what you look for in bread.

If having hot, fresh, healthy bread that’s inexpensive to make appeals to you, a bread machine would be a worthwhile purchase and you should check out our Best Bread Maker Reviews of 2022.

On the other hand, if you’re looking for the kind of rustic artisan loaves found at your favorite bakery, a bread machine simply won’t get you there. After all, some things can only be made by hand. 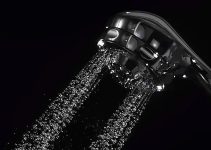 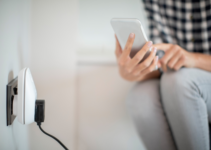 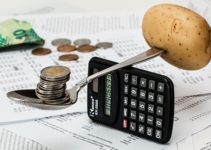