Can ceiling fans be repaired? The answer to this question largely depends on what is wrong with the ceiling fan and how severe the problem is.

In short, a ceiling fan can be repaired. However, in many cases, it’s more economical to buy a replacement than it is to repair the old one.

That doesn’t necessarily mean you should go out and purchase a new ceiling fan if something’s wrong with your current one.

It does, however, mean you should evaluate what happened with the broken one. Then you can determine if it’s more cost-effective to repair or replace it.

Typically, there are relatively few things that can actually go wrong with a ceiling fan. More often than not, a ceiling fan incorporates a rather simplistic design that makes it easy to pinpoint any potential problems.

If the fan is not coming on when you flip the switch, the first thing you should do is ensure that you actually have electricity coming into that switch.

Many homeowners have made the mistake of assuming that there was a problem with the ceiling fan when in fact the problem was actually some type of electrical short.

Try turning on only the light and see if it comes on. If the lights on the ceiling fan are functioning but the fan is not turning, you know that you have electricity going into the switch.

If the fan turns but the lights fail to come on, it might be a problem as simple as needing new light bulbs.

If that still doesn’t remedy the situation, you probably have some type of electrical short in the fan that is affecting the switch for the lights.

What if neither the fan nor the lights will come on? Check your circuit breaker before you assume the problem is with the ceiling fan.

Once you’ve determined the ceiling fan is the problem, you can decide whether to repair or replace it. If the problem is a simple one, having it repaired may be feasible.

However, if the fan has a more severe issue, it’s cheaper to replace it. In the long run, it will probably be much faster and more affordable.

Trying to diagnose a problem with the motor can be expensive and time-consuming.

When it really comes down to it, it is up to you as the homeowner to decide if you want to have your ceiling fan repaired or replaced.

If you are particularly fond of a certain fan or it has some type of value to you on a personal level, go ahead and get it repaired.

Otherwise, you will probably be saving yourself a lot of money and more than a few headaches to replace it and move on.

Have you decided to replace your ceiling fan instead of trying to repair it? Check out our reviews of the best ceiling fans on the market right now. Then read our guide to how to install a ceiling fan to get it up and running.

Ceiling fans are one of those fixtures in a home you don’t really notice until something goes wrong. But there are many considerations to take into account when choosing a fan or deciding if a room needs one.

For example, are ceiling fans safe for babies? What about sinus problems?

You probably already know ceiling fans help with humidity and save money on utility bills, but can ceiling fans reduce radon levels in your home?

And on an aesthetic level, you may be wondering if ceiling fans are out of style. 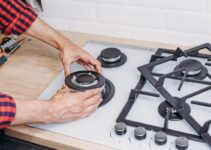 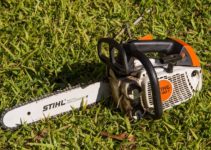