Can toilets explode? You might think that this sort of thing only happens in some type of action-adventure movie or a novel. But in fact, a toilet can explode.

And under the right circumstances, they can explode with enough force to do a great deal of damage to you and your home.

For the most part, exploding toilets are not something that people really spent a lot of time thinking about until fairly recently.

Almost everyone has seen a movie or a television show where a toilet exploded but in most cases, the general consensus was that this was the sort of thing that did not really happen in reality.

All of that changed when people started reporting that their toilets were literally exploding inside their homes. How does this happen?

It all boils down to the type of flushing mechanism that is used in the toilet, most commonly an aftermarket part purchased independently at a home improvement store that is faulty in its design.

What makes a toilet explode?

n 2012 there was a recall on Flushmate toilets after a number of problems reported with toilets exploding. The recall included 2.5 million toilets with high-pressure mechanisms.

In most cases, there was a combination of things that caused the toilets to explode, not the least of which involved a faulty flushing mechanism that put too much pressure on the lines inside the pumping system of the toilet.

When this pressure occurs near a particular seam, the seam can burst and enough force can be introduced to lift the entire toilet right up off the floor and shatter it to pieces.

Typically, most people don’t really have to worry about a toilet exploding but these incidents have proven that if enough pressure builds up inside the lines, anything can happen.

It definitely takes it out of the realm of science fiction and puts it right where most people don’t want it to be, in the realm of something that could realistically happen with little or no warning.

Anyone that is concerned about an exploding toilet should ensure that their toilet is working properly and that any service that is performed on it is performed properly.

Aside from that, most people are relegated to hoping nothing strange happens when they flush. It certainly gives you something to think about next time you head to the bathroom.

But overall, it’s not something that you should be overly concerned. After all, billions of people use a toilet every day without incident.

Now that you’ve learned that toilets really can explode, you may be curious to learn more about toilets.

Find out the answers to questions like When did toilets become common?, How did toilets work in castles?, How have toilets changed over time?, and Why did toilets used to be outside?

If you’re shopping for a new toilet for your home, first learn if toilets come in different heights and whether all toilet tanks are standard and then scope out our Top 10 Best Toilet Reviews.

You can also learn the answers to more unusual questions like if toilets flush backwards in Australia, can toilets be recycled, and what should be done when a toilet freezes. 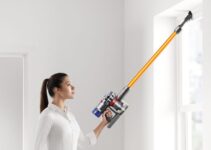 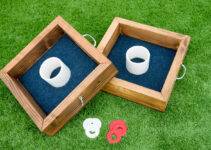 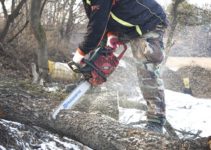