Home
Appliances
Are Ceiling Fans Out of Style?

Ceiling fans help immensely with air circulation and can make a humid climate more bearable. For this reason, ceiling fans can lower utility bills. But are ceiling fans out of style?

The answer will depend on who you ask. Some people still love ceiling fans and want one in every room of their home.

Other people are starting to move away from the use of ceiling fans for aesthetic reasons. To better answer the question, we must consider more than style. Ceiling fans typically exist to do one thing: to cool the home.

They do this much more efficiently than most other types of fans. This is an important factor for anyone that is considering a change.

Ceiling fans first became popular for two different reasons. The first is their ability to efficiently cool a room. The second reason is because they could do this without taking up any floor space.

For anyone that’s lived in a cramped apartment, every square inch of space becomes invaluable. Therefore, having a ceiling fan to help keep the room comfortable is greatly convenient.

Otherwise, you’d have a fan on the floor taking up a lot of room.

As a result of their efficiency and later on, their ability to complement the decor of just about any home, ceiling fans became immensely popular.

. There is certainly no doubt that ceiling fans are quite effective for helping to keep a home nice and cool when they are placed strategically throughout the house, especially in warmer climates.

Many times, they are used out of necessity because in climates that have a lot of heat and humidity, it is almost impossible for a single air conditioner to keep up with the demand without the help of ceiling fans.

This certainly has not hurt their popularity, by any means.

Despite their overall popularity, ceiling fans have started to become a little bit less popular than they were a few years ago.

Much of this is because of different options that are now available to customers that simply weren’t available at the height of the ceiling fan’s popularity.

Fans that take up less space and are actually more efficient than the ceiling fans themselves give homeowners a few more choices than they used to have.

But in a living room, an attractive pendant light or chandelier may be preferred.

Now you know the answer to the question “Are ceiling fans out of style?” is a somewhat complicated one. In summary, ceiling fans may not be as popular as they once were.

But there’s certainly no chance they’ll disappear in the near future. They are tremendously effective at cooling down a structure and can look good in the process.

If for no other reason than these, they will continue to be a staple inside most homes well into the future.

Ready to shop for a new ceiling fan?

If you’re ready to invest in a new ceiling fan for your home, check out our top picks for the best ceiling fans. Then read our guide to installing a ceiling fan.

Beyond aesthetics, there are many things to take into account when deciding if a room needs a ceiling fan. For example, are ceiling fans safe? What about babies?

Do ceiling fans aggravate sinus problems? Can ceiling fans reduce radon levels in your home? All of these things must be taken into consideration when shopping for a ceiling fan. 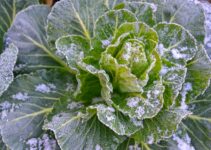 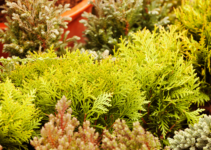