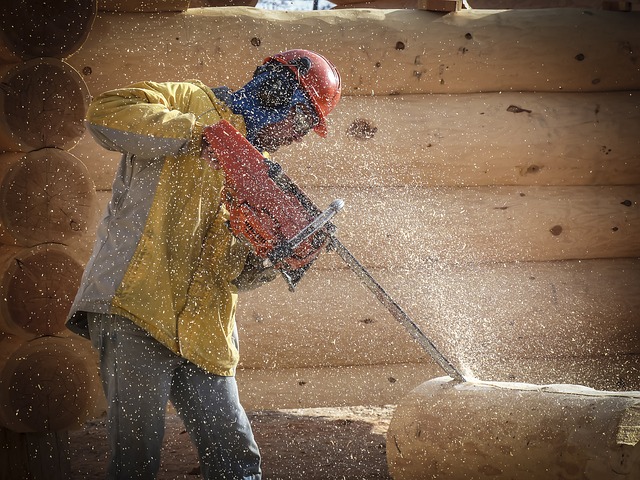 Chainsaws are useful for many projects, but the dangers of using a chainsaw must be taken seriously. The chainsaw is rated as the number five most dangerous tool to use next to the table saw, ladders, nail guns, and circular saws. Chainsaws are heavy, sharp, and incredibly powerful, so it’s very easy to lose a limb if something goes wrong. A study conducted by CPSC (Consumer Product Safety Commission) found more than 32,000 chainsaw-related injuries were reported in the United States in 2004. And of course, these statistics don’t include the number of people who did not seek medical assistance for their injuries. So why are there so many chainsaw-related incidents?

What are the dangers of using a chainsaw?

For the most part, a chainsaw —like any other tool — is only as dangerous as the person using it. An inexperienced chainsaw user who simply wants to cut some firewood can wind up in a deadly situation in the blink of an eye. Like a lawnmower, a chainsaw is gauged by horsepower in tandem with a fast-spinning blade that makes for a dangerous combination. And if you do run into trouble with a chainsaw, it’s probably going to involve a lot of stitches: According to the Consumer Product Safety Commission, the average chainsaw injury requires 110 stitches. The most common mistake involves an inexperienced user who makes the wrong decision when a kickback occurs, ending in a trip to the emergency room.

Kickback is one of the main dangers of using a chainsaw

So now you know that kickback is the most common cause of chainsaw injuries — but what is kickback anyway? Kickback refers to when a chainsaw suddenly jolts upward while in use. This typically occurs if the chainsaw hits an obstruction like a nail or something else unexpected. Think of it like the recoil on a gun. Kickback is potentially very dangerous, but accidents can be avoided if you understand h0w to navigate it.

Safety tips for using a chainsaw

To avoid injury when using a chainsaw, it’s wise to invest in a good pair of shoes. This is because the more stable you are, the better chances you have of keeping your footing and avoiding injury in case of kickback.

Another item that’s good to have is a pair of chainsaw chaps. The chaps are cut-resistant which could prevent serious injury if a chainsaw were to jump out of your hands.

Additionally, you’ll want to ensure you properly maintain your chainsaw. While chainsaws can get wet, you should be sure to dry them thoroughly after use to avoid corrosion. You’ll also want to ensure the blade is sharp so you don’t have to use too much force (see our tips for sharpening chainsaw blades). Also, take proper precautionary measures if you’re using a chainsaw to cut metal.

Lastly, you’ll want to ensure you have eye protection, as well as earplugs. Safety goggles will ensure that flying debris and wood chips don’t wind up in your eyes. In addition to damaging your eyes, that could cause you to drop the chainsaw and cause a much more serious injury. As for the earplugs, chainsaws are incredibly loud, and prolonged exposure can cause hearing problems down the road.

Finally, never use a chainsaw by holding it over your head. The chances of kickback are greater and the fatality rate skyrockets, so simply don’t do it.

A tip for new chainsaw users: Read the instructions! While you may think it looks easy, the manual contains a plethora of tips and warnings for those who haven’t used such a powerful tool before. Not only do the instructions detail the safest way to use the chainsaw, but it also explains the dangers of a chainsaw and what could go wrong. Keep in mind that this particular tool is used for cutting through thick slabs of wood. A chainsaw has the horsepower to slice through tree trunks and branches in a matter of seconds. With that, it should be obvious just how easy this tool could be used to lose a limb. After all, the movie is called Texas Chainsaw Massacre for a reason.

Ready to buy a chainsaw?

If learning about the dangers of using a chainsaw hasn’t scared you off, you’re probably ready to invest in one of your own. Check out our picks for the best small gas-powered chainsaws as well as our guide to the best overall chainsaw brands.