When we think of the summer, we usually think about the beach and seawater first – however, that shouldn’t be your only destination for the season. What can you do during those afternoons where you crave greenery instead?

One of the best options is to recruit some of your closest friends for a quick lawn game such as First and Ten. The market is now full of new, portable, and durable options that you can set up anywhere.

Plus, many even use lighter materials and steer clear from any glass shattering balls!

First and ten is a relatively new game that meets these requirements perfectly. Are you ready to try it out?

What is First and Ten?

First and Ten is a lawn game that dates back just to 2014. However, it is based off much older and popular games, which makes it an instant crowd-pleaser.

Essentially, it mixes the same basic elements of American Football with the skills from regular Frisbee-throwing competitions.

The game of First and Ten was designed to be competitive, but not breath-taking. You will need good hand-eye coordination and some flat space in the nearest park. However, you don’t need to be a super-athlete in order to win!

Basic Rules about First and Ten

First and Ten is a game that pits couple against couple. It is played with two teams of two people each. The goal of the game is to throw a series of plastic discs or “flying rings” (which look largely like hollow Frisbees) towards a pair of goalposts.

These look like lighter, smaller versions of a football goal post, and are made up of a four-legged base, which supports a central post and two taller “upright” poles.

Just place the goalposts on each end of the field or courtyard. Then, the members of each team will need to stand next to the opposite goal post, and start tossing the disks across the field in an alternate order

The goal of the game is to be the first team to score 21 points.

You earn points by:

The length of the match will depend on the talent of the players. The game can be over in just two turns, or it may last a good 15 minutes. The quick games and their competitive nature make it very easy to ask for a rematch.

Our Pick for a First and Ten Lawn Set 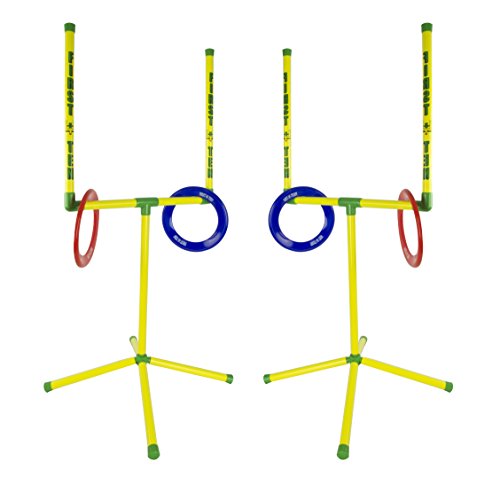 The original First and Ten Lawn set includes everything you need to set up and transport the game. It includes four flying rings, 2 disassembled goalposts or “uprights” and a carrying case.

At first glance, the goalposts just look like a series of hollow yellow pipes with a set of connecting pieces. Despite its confusing appearance, the assembly usually takes minutes:

The goal post is comprised of a four-pronged base, the main pole, and two upper poles. Each part will be easy to recognize, as the lengths of each pole are not interchangeable. Once you are familiar with each piece, it won’t require much thinking.

The connecting pieces are made of slightly more flexible plastic. This makes them slightly less frail, but it also helps you disassemble everything more quickly after the game is done.

The caps and pin bases are all fairly smooth, but heavy enough to settle into sand and dirt alike. This will help you play this game in a variety of landscapes.

That being said, they don’t have any textured edges, so they may occasionally slide off if you are playing on a smooth cement yard.

The drawstring they used for the carrying case is easy to wash and quick to dry. Although the poles are pretty light, they lack any wide surfaces where wind forces may accumulate.

This will prevent them from flying away on a breezy day. Heavy rain, on the other hand, may make playing impossible.

On the other hand, the flying rings are very easy to lose. In a way, this is by design, as they are meant to be tossed around without exerting much force.

However, if you lose them you may have to replace them with something similar, or buy a new set altogether: they are not sold separately.

First and Ten is the brainchild of Michael and Jean Wolf, a couple from Buffalo, New York who was looking for a simple and fun game they could carry on hikes and barbecues.

They were inspired by their city’s love for college football, which made the goalposts an easily recognizable and enticing sight.

The prototype for the First and Ten was built in their garage using spare materials from a bathroom remodel. As they perfected the model, they began sharing the new game with friends and extended family. Pretty soon, they began receiving requests for similar sets!

FAQs about First and Ten

How many pieces are included in the kit?

How do I assemble the goalposts?

The easiest way to assemble each goal post is to start from the bottom. Check the plastic caps to find the 5-pin plastic base piece. Then, insert the 1.2-inch legs on the four symmetrical sides of the base piece. On the fifth side, insert the post pole.

Separately, form the top “prong” of the goal post by joining each crossbar with their corresponding upright poles. Finally, use the three-pin plastic base to join the prongs and the base together.

Can I modify this game?

The simple rules of First and Ten lend themselves to many modifications and temporary “house rules”. In an “official” game, two couples should compete against each other, and the first one to reach 21 points wins.

However, if you are willing to alternate, you can add a third team or extra members to each team. You can also adjust the number of points needed for victory, or eliminate the point you earn by just “touching” the upright pole with your flying ring.

Can you play First and Ten competitively?

At this time, it may be a little hard to earn a living just from playing First and Ten. However, the game is now played in many local fairs and charity events, especially around the city of Buffalo. Many of these championships even offer cash prizes!

First and Ten quickly because a sensation in its native town, thanks to its simplicity and replayability. This has allowed it to quietly gain a loyal following around the country.

Here, we have reviewed a full set that will allow you to start playing right away – or at least, as soon as your friends arrive! 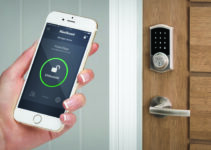 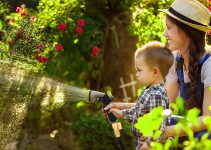 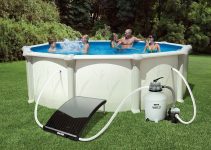