Home
Appliances
How to Bake Macaroons Using A Toaster Oven

Macaroons are a chewy coconut treat that anyone can make. If you have a gluten allergy, you can enjoy these treats guilt-free. If you have access to a toaster oven, you can make these delicious cookies at home.

The macaroons have a rich history that dates all the way back to the eighth century.

The History of Macaroons

In the eighth century, Arabs brought almonds to Italy. As a result, almond-meringue cookies were developed in southern Italy. The almond macaroons became especially popular amongst Jewish Italian families because the cookies can be consumed during Passover.

This is because the cookies are not made with a leavening agent.

Around the 16th century, almond macaroons arrived in France, possibly because of traveling nuns. It is also possible that Catherine de Medici may have brought the cookies to France.

In the 19th century, dried coconuts became widespread in both Europe and the United States.

As a result, bakers started using coconut instead of almonds as the cookies are sturdier and last longer.

Most Americans are familiar with coconut macaroons. In fact, many Jewish American families enjoy these treats during Passover as they contain no leavening agent.

As for the macaron, its development didn’t occur until the 1900s.

Right when macaroons started to debut in American cookbooks, the French were starting their own experimentation with the macaron. Up until that point, macarons were only sold in pairs with the flat sides together.

That is until a Parisian baker, either Claude Gerbet or Pierre Desfontaines, decided to make a sandwich cookie with almond paste or ganache in the middle.

Macrons are known for being difficult to make. Even if you have the best equipment and follow a recipe to the letter, inexperience may cause you not to know how to make adjustments when necessary.

Humidity needs to be exact when making macrons.

Some recipes will call for you to age egg whites because aged egg whites have less moisture. It is also sometimes recommended to use powdered food coloring instead of liquid to reduce water content.

If you live in a high humidity area, it is recommended to make the macrons with the air-conditioning on. You can also find a better folding technique.

Using a kitchen scale can help you measure out the right amount of ingredients so you have the best chance of making a macaron. Measuring cups can also be helpful.

Baking is an exact science. So, you can’t eyeball it.

You have a better chance of creating a successful macaron with a silicone baking mat. Not only is it useful, but you can use it for many years to come.

Basically, making a perfect macron requires practice because you only learn through trial and error.

Macaroons vs Macarons: What’s the Difference? 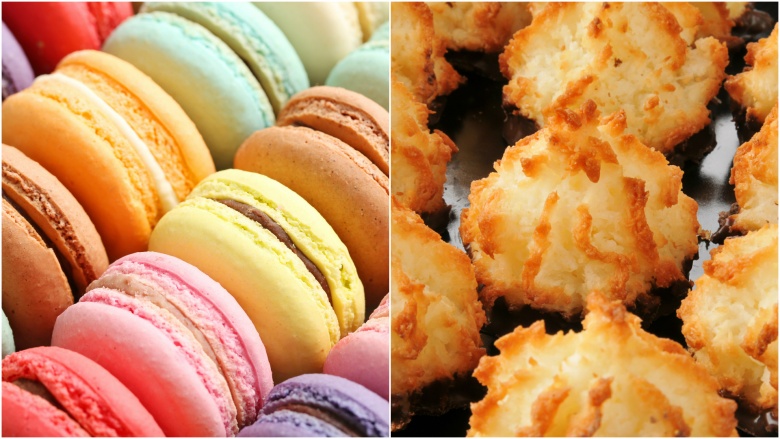 Although macarons and macaroons have the same background, they have evolved into two different kinds of cookies.

Ground almond flour, confectioners’ sugar, and egg whites make up the batter of macarons. Once baked the mixture becomes a smooth cookie that has a hollow center and distinct feet.

Two cookies are put together, connect by jam, buttercream, or ganache. This creates a chewy center. You can get this cookie sandwich in a variety of colors and favors.

Shredded coconut, granulated sugar, and egg whites are used to make coconut macaroons. The mixture from these ingredients creates a chewy cookie that is full of crags.

Both the macaron and macaroon are gluten-free, unleavened cookies.

Their names originate from the Italian word “Maccarone”. With the popularity of the macaron in the United States, many people confuse the two names.

You Don’t Need A Traditional Oven

If you live in a dormitory or you just don’t have access to a traditional oven to bake, you can still make macaroons. A toaster oven is not just for making toast and Pop-Tarts. Toaster ovens usually have a convection oven option.

However, some experienced bakers have trouble baking the perfect macarons.

This macaroons recipe allows for a serving size of 12 people. It takes about 10 minutes to prepare your ingredients. Cooking time is about 20 minutes to make the macaroons.

All in all, it takes about 30 minutes to do this recipe. Compared to baking macarons, this recipe is relatively easy. So, if you are good at following directions, you shouldn’t mess this up.

To make these macaroons, you are going to need these ingredients:

Making a macaroon in an oven toaster is easy to make. The macaroon requires only a few ingredients. The best thing is you have enough cookies to share with friends and family in the end. 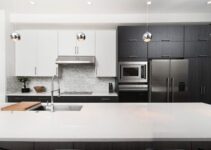 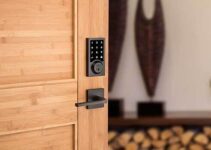 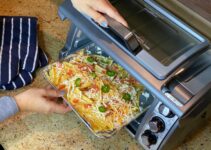