Home
Appliances
How To Use Convection Toaster Oven as Air Fryer

Everyone loves to save time while cooking. Cooking food is a must at some point, and the appliances we use will impact our ease of cooking and the time we take in the kitchen.

The market is full of kitchen appliances like air fryers and toaster ovens to simplify the cooking process. But if you have a smaller kitchen, you may not have enough space to keep all these pieces of equipment.

Therefore, you have to choose one that is efficient.

Air fryers and convection-toaster ovens are used for crisping and heating food. However, there are some slight differences between them.

At times you may lack sufficient space or money for an air fryer and start wondering if you can use a Smart Convection Toaster oven instead.

Is it possible to replace an air fryer with a Smart Convection Toaster oven?

Both appliances move warm air around the food until the outside gets crispy.

The oil completely surrounds the food enabling it to get crispy uniformly.

During normal baking, hot air surrounds the food, and since air is not a good heat conductor as oil, the food will be less crispy.

Convectional baking is different from ordinary baking. In this type of baking, you introduce powerful fans that blow air onto and around the food.

The force of the air causes more heat transfer to the food’s surface, leading to more crispiness than an ordinary oven. Nevertheless, the crispiness will be less than that of real deep fried foods.

So, an air fryer is a small convection oven, but they are not the same.

Let us look at what the air fryer and Smart Convection Toaster oven are.

What is an air fryer?

Air fryers came into existence in 2010 and became popular in many kitchens in 2018 as a healthy option for cooking snacks.

The appliances were initially used on airplanes to reheat food.

Later, we learned they could also be used in our kitchens for various purposes.

The countertop devices are now used for baking, re-crisping, rehydrating, and roasting, just as convection-toaster ovens do.

Both air fryers and convection-toaster ovens have fans that circulate hot air around the food. However, air fryers are smaller, and the rate of circulation of air is faster.

Air fryers have several benefits. First, they are easy to use. They also use less oil when cooking French fries, kale chips, frozen fries or crunchy fried pickles.

Their ability to reduce calories by limiting the amount of fat in foods made air fryers increase in popularity in many homes. In addition, they use rapid air technology to form heat; hence they heat up more quickly.

However, their small sizes make them not to be used by serious cooks.

Pros and cons of an air fryer

The following are some advantages and disadvantages of using air fryers:

What is a convection toaster oven?

One thing you need to understand about this oven is that convection is a setting and not the oven itself. You can control the setting by using a switch near the rest of the oven’s controls.

When you turn it on, you will convection bake food. When it is off, it will just be a regular oven, and it will bake normally.

The air’s motion inside the machine is a convection effect that transfers higher temperatures to the food’s surface.

As a result, the air surrounding your food will have a steady temperature enabling it to cook evenly and quickly.

Additionally, the exhaust system eliminates moisture from the oven, making the surface of your food crisp and brown more.

Convection toaster ovens can be electric or gas. Therefore, when the convection setting is off, you will experience the pros and cons of the respective ovens.

A convection toaster oven has a powerful fan that circulates hot air inside the device.

As a result, chefs can shorten the cooking period, control food quality, and increase or minimize browning with a uniform appearance.

Convection ovens were popular in commercial kitchens. But today, many homes have adopted the use of appliances.

There are several home convection toaster ovens, including ovens with convection features and countertop ovens.

The ovens are ideal for cooking a variety of meals such as:

A convection oven cooks faster than a conventional-oven. Therefore, if you are not using a recipe for a convection oven, you will need to convert the recipes first.

Is an air fryer the same as a convection oven?

Although most convection toaster ovens can air fry, not all air fryers can perform the task of a convection oven.

The difference between a convection oven and an air fryer is the size. Air fryers are smaller, therefore occupy less space, and are used when cooking small food.

On the other hand, convection ovens have sufficient space for cooking larger meals at the same time.

In addition, an air fryer’s fan is found at the top of the appliance, while the fan in a convection oven is located at the back of the machine. Consequently, air fryers cook faster than ovens.

Unlike air fryers, convection ovens do not require additional accessories and equipment during operation.

How to use a convection oven as an air fryer

So, considering the cooking temperature, many air-fryer meals can be prepared in a convection oven.

You only need to ensure adequate airflow when air-frying.

When cooking with a convection oven, use a perforated tray or a large air-frying basket to get the same air-fried results.

Since air-fryer recipes are intended for small food amounts, you can double the ingredients for a convection oven.

Make sure you space the food well on the tray, especially when making fried food like buffalo cauliflower. Enough spacing will allow air to come in contact with both sides of the food.

Therefore some recipes will take longer to cook in a convection oven.

During preparation, check whether the food is ready around the time the recipe states.

If not, you should keep checking every two to three minutes to allow the food to be brown more.

Choosing between an air fryer and convection oven 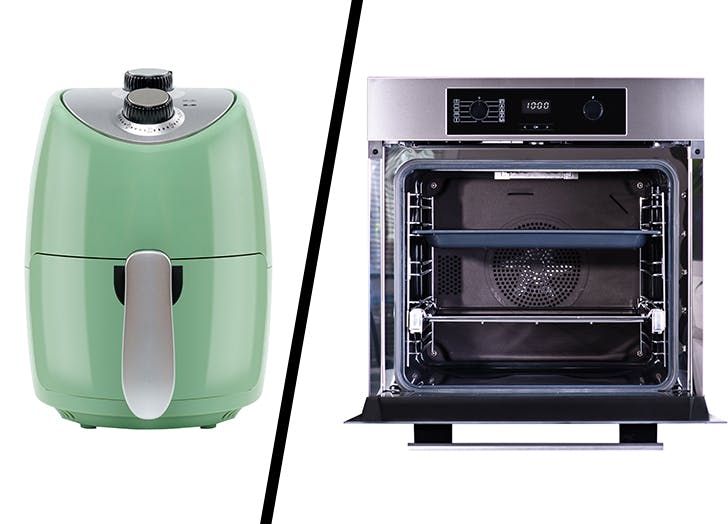 When deciding between a convection toaster oven and an air fryer, it will be about your personal preference. Some people prefer small-sized appliances to save space in the kitchen.

On the other hand, others would go for a convection oven due to its large cooking capabilities.

Individuals who are not sure of what they want can get a convection toaster oven air fryer.

Lately, manufacturers have introduced a toaster oven air fryer with heating elements at the top and bottom.

Its operation is like that of an air fryer and commercial convection toaster oven.

Aside from that, you can easily turn on the toaster oven air fryer and the preheat period is shorter than a conventional oven.

The shorter cooking time of the oven air fryers minimizes energy use.

Tips for preparing air-fryer recipes in a convection oven

You probably have friends that are constantly talking about their new countertop device that achieves the desired crispiness without the use of excess oil.

However, air fryers have a disadvantage: they take too much space on the countertop, yet their cooking capacity is limited. What’s more, most of these appliances can only be used for air frying.

Remember that you do not have to buy an air fryer to prepare the foods you like. If you have a convection toaster oven, you can still use it to make all air-fryer recipes.

Here are useful tips to help you get the air-fried goodness you want from your Smart Convection Toaster oven.

Use the right cookware

You need to use a perforated pan, also referred to as a perforated crisper tray. The cookware allows air to circulate your food and under it leading to even crisping. If you lack one, use an oven-safe cooling rack.

Line your oven’s bottom with aluminum foil or a baking sheet to catch drops and crumbs when using the rack.

Ensure food is spread out

Overloading the tray until the food ends up touching or piling up will prevent all sides from browning. Overcrowding blocks airflow; thus, cooking will be inefficient.

Also, it will cause food to steam instead of it baking or air frying.

You need to spread the food evenly and leave plenty of space between food pieces for air to circulate well.

You can also bake on several oven racks, but avoid filling the racks from wall to wall.

There are reasons why foods are cut in a specific manner. For example, french fries are in long sticks to increase their surface, allowing the exterior to brown more.

In the same way, you should cut your foods into long sticks or small-sized pieces. If you are preparing tofu, you should tear it into pieces instead of slicing it.

The craggy shape will allow crisping and browning of the jagged edges.

Ensure your food is dry before putting it in the oven. In addition, you should spray the food lightly with cooking spray or brush some grapeseed or vegetable oil on it to encourage crisping and browning.

Doing this will also give your food a deep-fried taste that everyone loves.

When making air fryer recipes, you need to flop food midway through cooking to allow it to cook and brown evenly. Ensure you do not omit this step when using a convection toaster oven.

After you flip, spritz the opposite side with cooking spray so that both sides become crispy.

Have in-depth information on adjusting a recipe

As mentioned before, air fryers cook faster and are much hotter than convection ovens. Therefore, when preparing air-fried recipes in the oven, they may take longer.

It is important to start checking whether the food is ready at the time indicated on the recipe.

The convection setting of the toaster oven works best if you utilize a rimless baking sheet when roasting vegetables or baking cookies.

However, this has no significance for foods like cakes and casseroles that do not need to be crisp and depend on the high-sided pans to maintain their shape.

A convection toaster oven can replace an air fryer since they use the convection principle to cook food. Both appliances circulate warm air around the food to be cooked.

You can use the oven to grill, reheat, roast, bake and broil various foods. The major difference between an air fryer and a convection oven is the cooking space. 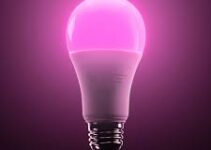 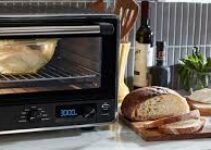 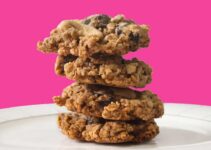