Using a toilet is so ingrained in the daily routines that we rarely pause to consider them. But the history of the modern toilet is actually quite interesting.

When did toilets become common? It was not until quite recently in the grand scheme of things that indoor plumbing and flush toilets were the norms in most households and businesses.

Here we’ll take a historical look at how people have dealt with human waste through the ages and how toilets have changed over time.

The earliest indoor form of the toilet was the traditional chamber pot. This was exactly what it sounds like: a pot kept in the chambers that people could defecate and urinate into.

There were servants whose job it was to empty and clean these pots on a daily basis. Sometimes these pots would be emptied out the windows, creating quite the unpleasant surprise for passersby.

Chamber pots were still popularly used up until the 1600s. (For more on this, check out “How Did Toilets Work in Castles?”)

For homes that did not like the idea of big pots of human waste sitting around in the house, outhouses were created. (And yes, per the name, out houses were basically outdoor toilets!)

These could be quite fancy for the richer folks, but most were rather drab. They consisted of a large hole being dug and a rickety shack being built over the hole.

A crude seat was fashioned so you could sit and do your business. When the hole filled up, it was covered over, and a new location was chosen for another hole to be dug.

Outhouses were still in use as late as the 1950s, although only in older and poorer households.

There are some very creative indoor outhouses known of in certain castles and large manor houses. Some were built over water, and some had holes dug that emptied right into the dungeons or moats.

They are interesting to see and were the precursor to what we know now as the modern toilet.

In 1596, John Harrington created a lavatory with a flushing cistern. It was the first of its kind and was quite ahead of its time. It is also why one of the nick-names for the toilet is John.

While his invention was not terribly popular due to its need for indoor plumbing and its price tag, it did start a wave of inventions that led to our modern toilets.

In the end, however, the modern flushing toilet as you know it was not in use on a large scale until the 1900s.

This means that there are people in your life who could potentially have been alive before the toilet was an assumed element of all homes and businesses.

Toilets are now universal in the Western world, and while there are some variations (such as bidets in Europe and fancy electronic ones in Japan), in general toilet tanks are standard.

Thank goodness we now have a world where relieving yourself can be done in the comfort of an indoor restroom, rather than heading outside or having to share a chamber pot with other people in the house.

It certainly was not a very elegant aspect of living in those early years.

Now that you know the answer to the question “When did toilets become common?,” you’re something of an armchair expert on the history of these vital devices.

If you’re simply looking to outfit your bathroom with a new commode, check out our guide to the Top 10 Best Toilet Reviews.

However, you may still have plenty of questions about toilets, so here are some more resources to answer them: 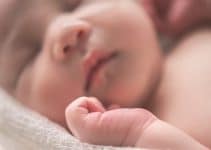 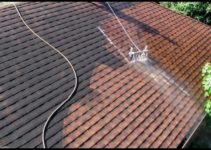